From Oil Shock to Energy Shift

Motivated by the plummeting price of oil and the inability of political parties to address the crises of climate change and inequality, the This Changes Everything team decided to convene a meeting to help shape a social movement response. In May 2015, we brought together sixty activists and leaders from Canada’s Indigenous rights, labour, environment, student, migrant and social justice movements in an unprecedented gathering in Toronto. The intent was to devise strategies and principles that would help a coalition of groups galvanize a rapid and just transition to a renewable-based economy in Canada.

Among many hopes for the gathering in Toronto, we strove to connect organizers from every part of the country, create relationships between local foundations and funders with emerging progressive and radical leadership, deepen political and media engagement around the issue of climate justice, and begin projecting a positive, compelling and holistic vision for change that could rally movements and people across Canada. Over two days of debate, discussion, story-telling and action-planning, we helped spark important advances in these goals. 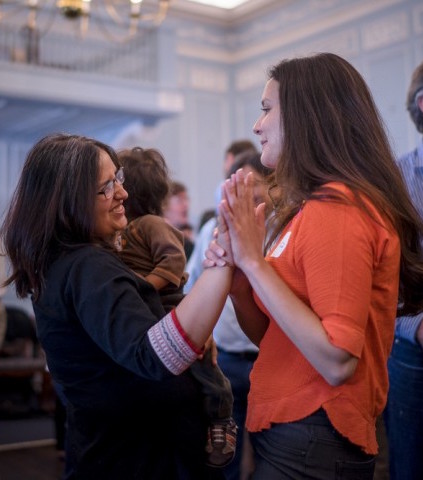 After providing breakfast and making an opening territorial acknowledgement, we went over meeting protocols and engaged participants in a geographical mapping activity. Conference members were asked to move around the room in correspondence to their answers to the following questions: 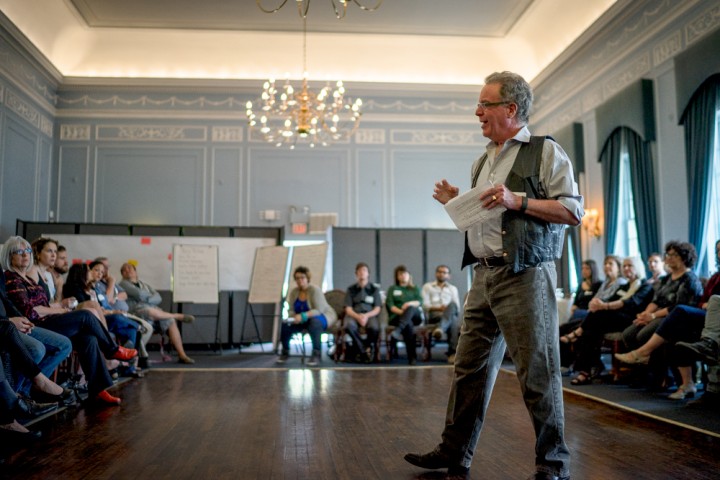 In this setting, naming our goals served two purposes: to clearly identify who was in the space and to allow participants to discuss their expectations.

Gather progressive movements to collectively strategize about how to galvanize a rapid justice-based clean energy transition in Canada.

Build just, equitable and authentic relationships to allow for honest conversations and a shared interest to work together across progressive movements

Discuss creation of a visionary just transition platform that can rally people and movements across Canada.

Craft next steps and effective future activities, including helping to mobilize for a July 5 Toronto climate and economic justice mobilization on the eve of the Pan American Climate and Economic Summits 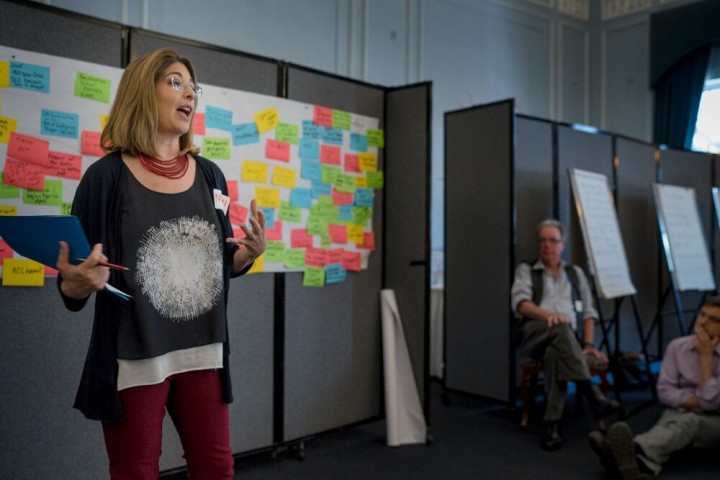 We asked Naomi to frame the meeting. Her speech put a name to the problems we faced, both immediate and systemic, internally in the movement and externally in facing corporate power, and concluded on a hopeful note about what had motivated the convening itself — the opportunity for change.

Understanding Our Past to Chart Our Future

To collectively forge a new climate justice agenda, we needed to come to a shared understanding about the foundations already laid by historical struggles and more recent advances. We used an interactive timeline, posted on the wall of the conference room, to establish a sense of collective history.

During this part of the day we gave participants within their specific movements a chance to discuss what they would like to see a “big tent” agenda accomplish.

What are the most important goals of a just transition for your sector/community?

What are the most desirable attributes of the next economy? 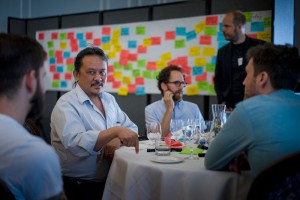 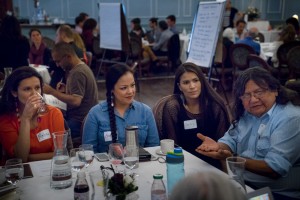 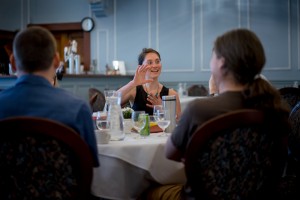 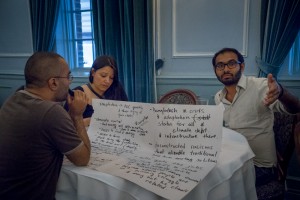 Modelled after a World Cafe, the Liberation Cafe break-out is an attempt to inspire conversations using thematic prompts. People were arranged around the room in groups, each with assigned questions to address. We based our prompts on the Movement Breakout discussions.

To close the day, we reviewed the objectives of the past six hours. Our intention to build alignment on shared history had been fleshed out in the morning timeline. Identifying a common cause was a result of the first Movement Breakout, and finally, recognizing key elements that we want to see in the next economy had been furthered by the Liberation Cafe. 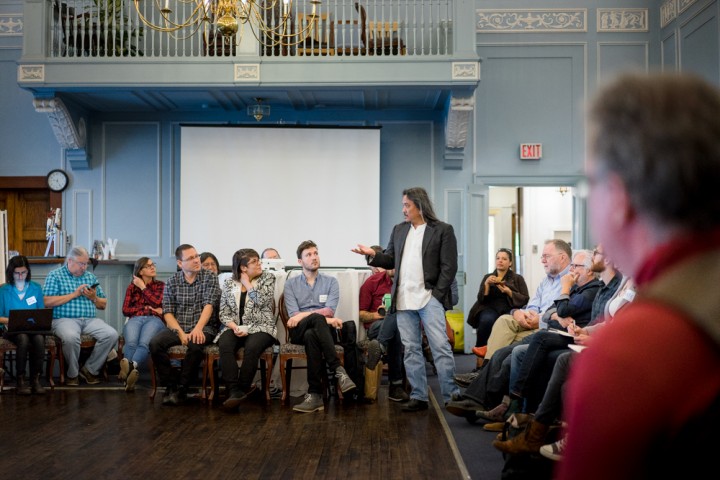 In the morning, we had designated a team to report back on key areas of consensus from Day 1, the main questions being: 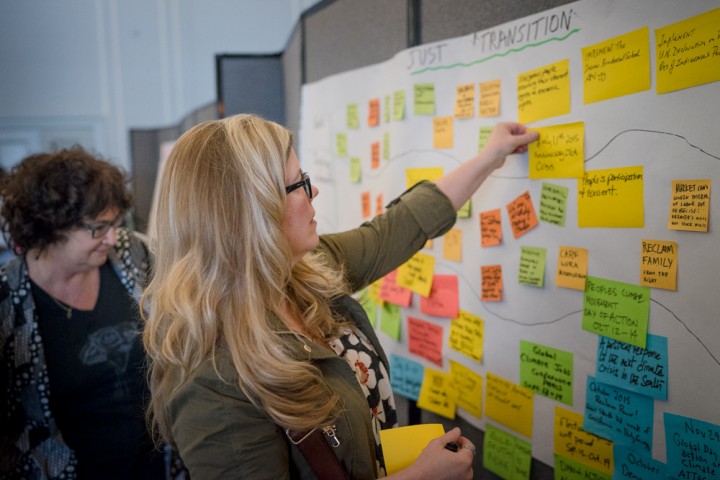 After discussing these integral areas of consensus and synergy, we encouraged participants to highlight their present and upcoming campaigns, events, and mobilizations on a visual timeline, akin to the historical context timeline from the day before.

Similar to our Liberation Cafe exercise, we had more thematic break-outs to encourage debate among the conference participants. Here are some of the provocations we gave for dialogue: 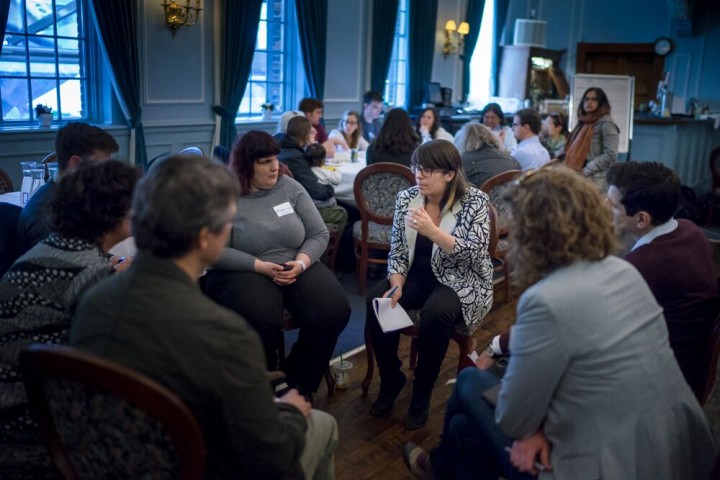 After two hours of deliberation, we had a representative from each break-out share to the entire group the key points that had been discussed. 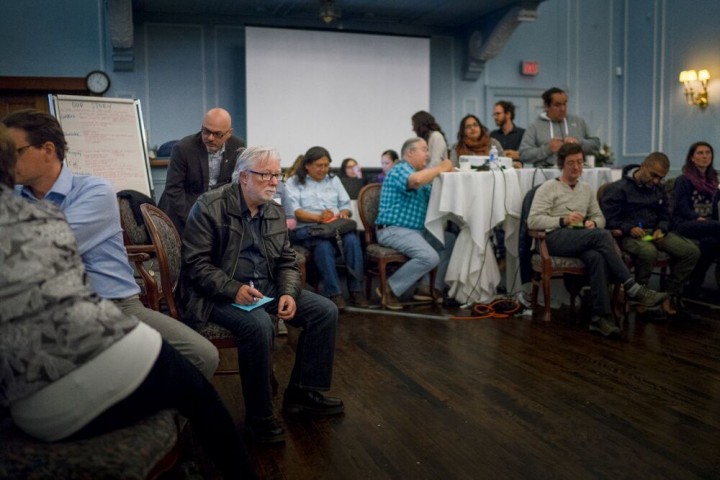 Closer to the end of the conference we dedicated time to laying down groundwork for the practical applications of our discussions. There were many options already in the making for ways to collaborate after the weekend was over, as well as opportunities to support each other’s work. These included the March for Climate, Jobs, and Justice in Toronto on July 5th, 2015, as well as the upcoming Federal Election in Canada. The Road To Paris was another campaign in the works, preparing for the climate talks in Paris in December of 2015.

Perhaps most important was the nature and shape of the just transition platform or manifesto that had been discussed and debated. It was decided that all the feedback from the meeting would be distilled into a first draft, and then representatives from the movements represented would provide additional feedback. 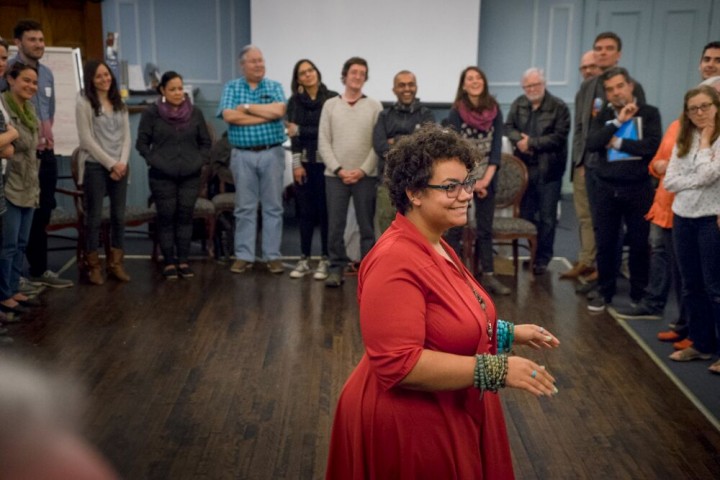 At the end of the convening many shared a strong interest in continuing to work together on a movement-building process that would deepen our bonds and advance the goals of a just transition.