The new Climate Justice Mobilization 2025 Working Group will oversee the effort to achieve a just transition to a carbon-neutral Los Angeles in just eight years–by 2025.

“When I read the Leap Manifesto I knew right away that this is the type of plan we need in Los Angeles. It embodies the urgency this crisis requires, it has justice at its core, and it has the power to inspire,” said Councilmember Paul Koretz.

“Los Angeles took on the needs of the entire United States and much of the world during World War II by embracing wartime mobilization. Its population not only contributed massively to aircraft and ship manufacturing, they also volunteered to aid the Red Cross by the tens of thousands. We need a World War Two-scale mobilization once again in order to keep our City safe and our planet habitable and resilient. And we need to ensure that we do it in a way that honors frontline communities, ensures equity, and protects workers. Los Angeles can and will lead the way to stop climate change in its tracks.”

Naomi Klein said, “the Leap Manifesto was launched by a coalition of movement leaders, coming together across a spectrum of issues. We started by acknowledging the overlapping crises that we face: economic inequality, racial injustice, violations of Indigenous rights and climate change. We responded with a hopeful, inspiring vision: intersecting, ambitious policies that solve multiple problems at once. That’s what The Leap is. I’ve seen people across North America take ownership and define what a leap looks like in their community. The announcement yesterday was a remarkable development. If the city of Los Angeles listens to the voices of communities on the frontlines, this could be an historic leap, with ripples around the world.”

The Leap is a new organization, existing to inject new urgency and bold ideas into confronting the intersecting crises of our time: climate change, racism and inequality. Learn more at www.theleap.org

For more information or to arrange an interview, please contact: Bilan Arte, Communications Lead at media@theleap.org or 613 882 7654 (cell). 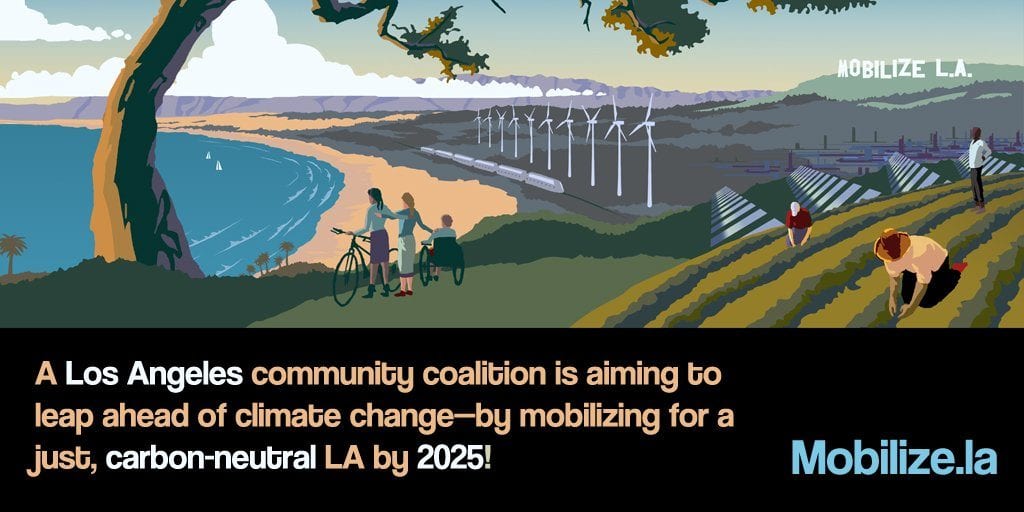